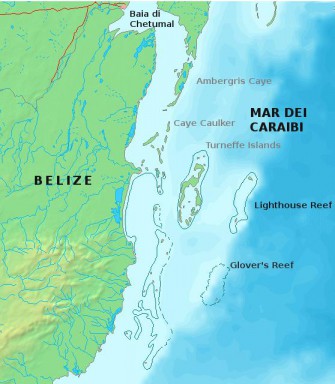 Belize is well known for its incredible biodiversity, both terrestrial and marine. Its reefs have long been considered some of the Caribbean’s most pristine and unique reefs, however they started to show worrying signs of damage at the turn of this century. A 2006 survey of 140 reefs throughout Belize found that live coral cover had declined from approximately 30% in 1995 to an average of 11%. The Wildlife Conservation Society (WCS), which has been working in Belize since the 1980s to help conserve the country’s marine environment, carries out research on the health of Belize’s fisheries from their Marine Reserve Station at Glover’s Reef.

Glover’s Reef is located within the Belize Barrier Reef Reserve System, where fishing, as well as spearfishing, is allowed. WCS found that groupers and some snappers are now overfished and that the proportion of parrotfish in the catch doubled between 2004 and 2008 because parrotfish are considered by fishermen as “the next best fish” to harvest.

The fact that fishermen were targeting reef-grazing species was a serious problem with far-reaching effects for the health of Belize’s reefs. Reef-grazers such as parrotfish play a critical ecological role within coral reefs; by eating large amounts of algae, they keep its growth in check, making sure that it does not overgrow the reef. Algae can smother corals, stunt their growth, and reduce their recruitment success. The health of reefs is therefore closely linked to the presence of herbivorous fish such as parrotfish. As fishermen in Belize continued to harvest parrotfish, their numbers started to rapidly go down. Research on the change in fish communities after a seven-year period (2002-2009) of fishing in Belize showed a 41% decline in parrotfish over that time period. Overfishing parrotfish already has had observable effects on Belize’s reefs. One study found that an atoll reef lagoon at Glover’s Reef that had once been very healthy with a 75% coral cover now has less than 20% coral cover because of algae over-growth.

The traditional management option to help overfished species recover has typically been fishing closures. However, WCS conducted a 14-year study at Glover’s Reef and found that while a fishing ban in the Conservation Zone of the marine reserve was effective in helping predatory species such as barracudas and snappers recover, it had little effect on the recovery of herbivorous species. This meant that a fishing ban would not be enough to reduce the growth of algae and help corals recover. This information, along with recent information on the poor health of Belize’s reefs, helped stakeholders understand the need for an alternative and more innovative way to protect Belize’s reefs: protect major reef grazers. It was local fishermen who first voluntarily recommended a ban on fishing parrotfish after it was made clear to them how important these fish were to the health of the reef and therefore to their livelihoods. In April 2009, the voluntary ban on the fishing of parrotfish became national law when the government of Belize passed a new set of regulations (Fisheries Regulations 2009) to protect overfished species. The first of the new regulations prohibits any taking of parrotfish and surgeonfish in Belize’s waters. Both species are major reef-grazers, so this law directly addresses the recent increase in catch of herbivorous fish and the negative impact this is having on reef health. By giving parrotfish and surgeonfish full protection, the hope is to help their numbers recover and to in turn reduce the growth of algae that is threatening Belize’s reefs. Belize is the first country to pass a national law to protect reef grazers, which are critical to the health of coral reefs. In fact, many consider this new law a new standard for coral reef protection, as management strategies have until now focused on marine protected areas (MPAs). Of course, enforcement and compliance is key to ensuring the success of this national-level ban. WCS is providing technical aid to the Belize Fisheries Department to ensure that fisheries officers and patrols enforce this new law. Dr. Peter Mumby explains the importance of parrotfish as grazers maintaining the health of coral reefs to a large group of fishermen in Belize City. Photo © WCS

A second set of the new regulations helps protect the endangered Nassau Grouper (Epinephelus striatus), which is currently listed as Endangered by the IUCN Red List of Threatened Species. Fishing of the Nassau Grouper is still allowed but is now heavily regulated – there is now a minimum and maximum size limit, and all groupers must be brought in whole so that catch rates can be monitored. Additionally, spawning aggregations of Nassau grouper are protected, and spearfishing is now banned within marine reserves. A third set of regulations creates a number of “no-take” zones in protected areas, which are closed to fishing. The areas selected are biodiversity hotspots with unique and/or fragile ecosystems and/or species.

It is difficult at this time to evaluate the effect that the national-level ban on major reef-grazers has had on Belize’s coral reef health due to the fact that the law was passed just a few years ago in 2009. WCS is conducting ongoing monitoring at Glover’s Reef to evaluate the recovery of parrotfish at this site, but there are no clear indications of increases in density yet. There is however some strong evidence that the fishing ban is helping reef-grazers recover. In 2011, the herbivore biomass in Belize surpassed levels recorded in 2006 and increased 33% above the low levels measured in 2009. This increase in herbivore biomass should in time signify a decrease in algae dominance in Belize’s reefs.

The effectiveness of the fishing ban in restoring fish populations and coral assemblages in Belize was evaluated in a study between 2009 and 2011. Increases in herbivorous fish biomass were found at approximately half of the studied sites, but coral and macroalgal cover stayed the same. However, the authors of the study attribute the lack of change in coral and algae cover to how recent the ban on fishing reef-grazers was. Enforcement efforts appear to be successful as there have been very few instances of illegal catch of parrotfish since the ban was introduced. The results of a 2012 genetic study of fillet samples throughout Belize also demonstrate very good compliance with the ban – over 90% of the fillets checked were not parrotfish.

The monitoring and fisheries catch data collection programs of WCS have been carried out for many years in partnership with the Fisheries Department, and they will continue in an effort to record the recovery of parrotfish at Glover’s Reef and track the health of the coral reef. This work was funded primarily by the Oak Foundation, USAID, and the Summit Foundation.