In order to have a comprehensive understanding of aquaculture, it is important to understand standard production cycles, from seeds and fry to grow-out stages. Broodstock for aquatic animals and seaweed are usually collected from the wild and used to produce juveniles or used as seed to stock cages or lines. For finfish, once adult animals produce a viable spawn, the eggs are collected and incubated until the larvae hatch. These larvae are fed a combination of live feeds (rotifers, artemia, copepods, microalgae, diatoms) until they are big enough to be moved into the nursery. Once in a nursery, finfish are fed artificial feed until they reach the appropriate size for transport. Other animals, such as sea cucumbers, may not need to be fed as they can scavenge feed from the seafloor of a pen or pond. Seaweed seedlings are generally produced one of two ways: 1) small seedlings or healthy new growth are taken from parent stock (wild or farmed) and transferred directly to new lines; or 2) seaweed spores are gathered from the wild or grown in a hatchery and then grown onto seaweed lines in a hatchery until large enough to be outplanted on a farm.

Hatchery juvenile production tends to be a bottleneck for new species, as the demand is greater than the supply. For example, in Palau in 2019, the amount of rabbitfish fry that the farmers demanded was greater than what the National Aquaculture Center could supply to them, forcing farmers to stock less fish than they wanted. 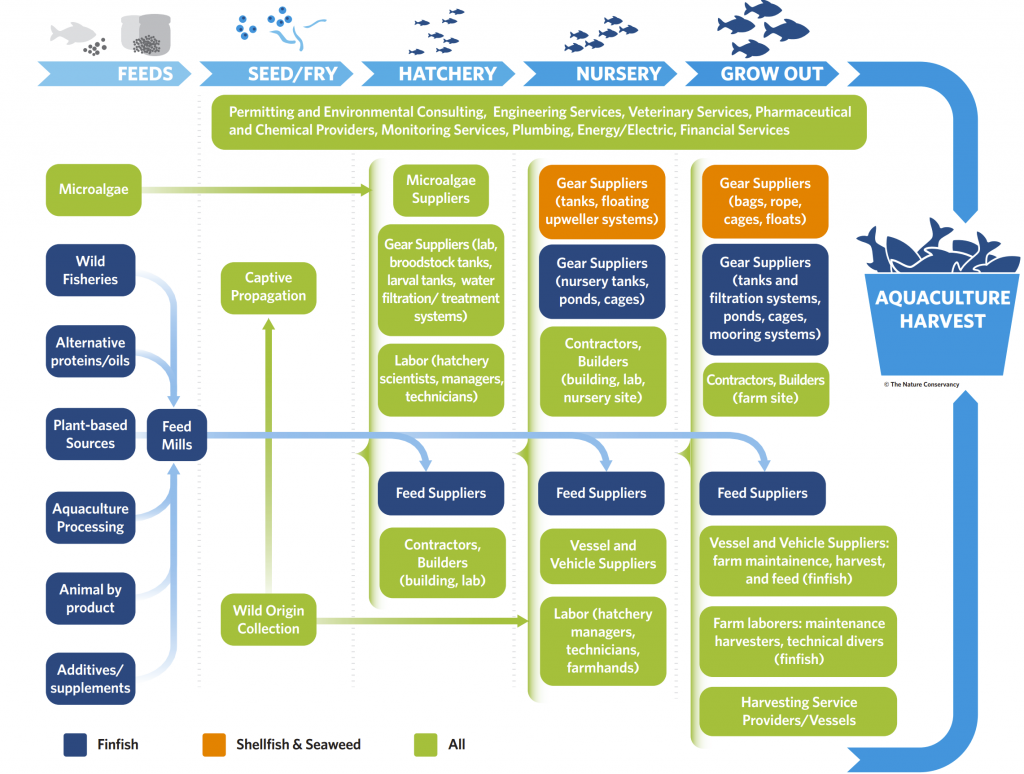