Maintenance of ecological connectivity among and between habitats.

Connectivity refers to the extent to which populations are linked by the exchange of eggs, larval recruits, juveniles, or adults. It also refers to the ecological linkages associated with adjacent and distant habitats. Connectivity within and between protected areas is important for maintaining diversity, fish stocks, and especially important for maintaining ecological resilience.

A network of MPAs should maximize connectivity between individual MPAs to ensure the protection of ecological functionality and productivity. Connectivity and ecological linkages include:

Connectivity between protected areas and areas open to fishing is also critically important to support local fisheries through spillover of adults, juveniles, and larvae to fished areas. ref 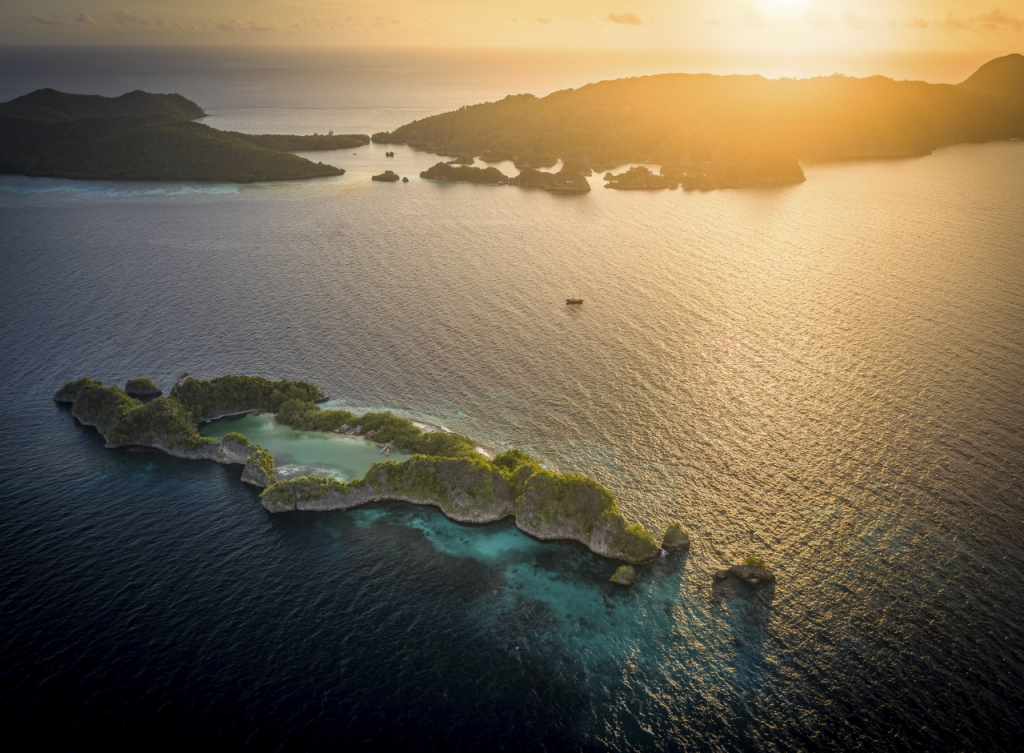 Apply minimum sizes to protected areas within the network

Use square or circular shapes for MPAs subject to considerations of compliance (e.g. including using landmarks)

Many fish, invertebrates and corals release great numbers of eggs and young into the open ocean. The pelagic larvae can remain floating or moving through ocean currents for hours, days, or even months, traveling distances of thousands of kilometers prior to settling. Many factors influence larval dispersal that act synergistically. Factors influencing larval dispersal include:

Recent studies also show huge variability in larval dispersal distances, and lower dispersal distances than previously thought (e.g., 100 m to 1 km to 30 km). ref  For example, larval dispersal distance in coral reef fishes tend to be 5-15 km and self-recruitment is common. ref Therefore, reserve spacing should be < 15 km with smaller reserves spaced more closely. Connectivity among populations of reef species is primarily, or for sessile species exclusively, due to dispersal during larval life. For most reef species that have been studied, demographic connectivity has been shown to act on scales of up to tens of kilometers, rather than on scales of hundreds of kilometers or more. This local-scale pattern of self-recruitment and connectivity among reefs has implications for the sizes required for MPAs within a network and may indicate that even small MPAs may be self-sustaining. Additionally, recent research on the Great Barrier Reef demonstrates that well protected marine reserve networks can make a significant contribution to the replenishment of fish populations both within the reserve and on adjacent fished reefs. ref

Adult movement is generally at a smaller scale than larval movement. Adult species movement patterns vary greatly among species. To protect a range of species within a MPA, a range of adult movement patterns need to be considered in MPA network design. The amount of protection a MPA provides for a species depends (to some degree) on movement habits and distances of the individual (both as adult and larvae). ref If adults move widely, the ocean neighborhood is large and diffuse. If adults are sessile, then the ocean neighborhood might be small and distinct. Connectivity is important for supporting ecological processes (e.g., herbivory) that promote reef resilience. For example, connectivity between coral reefs and mangroves can increase grazing of herbivorous fish on adjacent reefs. ref Herbivorous fish remove algae, which promotes coral growth and reef resilience. Mangroves in the Caribbean have been shown to increase the resilience of offshore coral reefs in response to disturbances such as hurricane damage. ref After a disturbance event on a reef, macroalgae may out-compete corals for space, so maintaining healthy populations of fish that eat algae is critical for coral reef recovery. Mangroves support increased biomass of fish that eat macroalgae; thus, connectivity between mangroves and reefs can help corals recover from disturbance and enhance their rates of recovery. ref

The following adjacent habitat types should be considered in the design of the MPA network:

Corals on reef flats and upper reef crests exposed at low tides often exhibit stress tolerance and may resist or recover rapidly from bleaching. They will be important providers of larvae that may settle in dead areas and aid their recovery.

Coral assemblages in back-reef lagoons, especially shallow lagoons behind fringing reefs, are routinely exposed to wide temperature fluctuations. Consequently, the corals may exhibit some acclimatization to temperature stress and resistance to bleaching.

The generally turbid waters and shading effect of mangroves may reduce the susceptibility of adjacent corals to bleaching. For more information and guidance on resilience and mangroves refer to Managing Mangroves for Resilience to Climate Changeopens PDF file .

Recent studies discuss the importance of incorporating connectivity into conservation planning. ref These case studies demonstrate how ecological processes (e.g., connectivity among habitats) can be integrated into decision support tools such as reserve selection algorithms (e.g., MARXAN) to help improve the performance of protected areas. Such efforts are important to help managers integrate ecosystem-based management into the design of marine protected areas.

Read the opens in a new windowlatest guidance on integrating larval dispersal and movement patterns of coral reef fishes into the design of marine reserves.